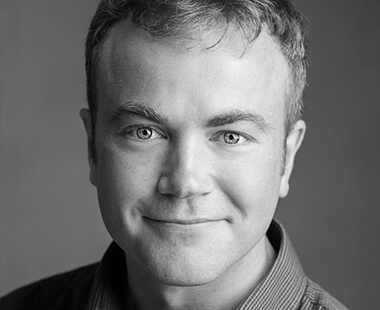 A Donegal man living in Dublin. Aidan is a versatile voice over artist and actor with a wide range of experience on stage, screen, live improv and stand – up comedy. His voice is soft with a gentle resonance and suitable for a wide range of commercial and narration projects.

He has lent his voice to R.T.E. radio for both narration and radio plays and for various films and T.V. programmes. Aidan has a Performing Arts degree and has continued his actor and voice training with Momentum Studios and Bow Street Screen Academy.

Aidan has appeared in numerous films, theatre productions, comedy sketches, music videos, comedy improv shows and stand up gigs. He has appeared in well-known music videos such as “One Thousand Times” by James Vincent Mc Morrow and “Brother” by Kodaline. Recent actor credits include Scene and Heard Theatre Festivals “The Grave” with Seamus O Rourke and the feature film “Tradition” with Paul Ronan. Aidan enjoys being in front of the microphone and is always up for challenge.