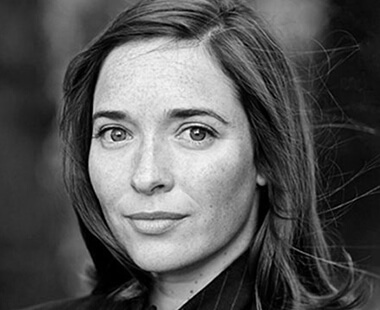 In addition to extensive stage and screen experience, Aoibheann has been using her voice for work in advertising for DCU; Lucozade; Lyons Tea; Nissan; Doc Morris Pharmacy; Kerrygold; and Recruit Ireland. She has also worked for Brown Bag Films providing numerous voices for the hilarious “Newsbag” animation. Aoibheann has also done corporate voiceover work for the IFPA and Special Olympics, as well as voicing foreign film and TV projects for Lux Vide, Italy.

Aoibheann studied Drama & Theatre Studies and German in Trinity College, Dublin and later trained in ALRA, London. She is a fluent German speaker and spent five years, after graduation, dashing between London and Berlin. In 2012, Aoibheann played Myra Arundel in Noel Coward’s Hay Fever, which toured American theatres in May and June. Aoibheann then went on to star in A Woman Of No Importance in July 2012 (The Gate), Bedroom Farce in 2013 (The Gate), and as Mrs Chevely in Ethan Mc Sweeny’s production of An Ideal Husband at the Gate during the summer of 2014.