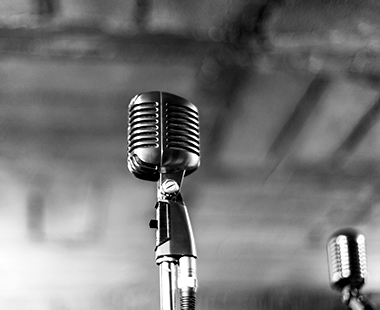 Not content with people seeing his face on stage, Darren now insists that people hear his voice on the airwaves! A recent addition to Volcanic, he has already worked with Eircom and Tesco on tv, radio and web campaigns.

Although new to voice overs, Darren has been a regular fixture on the Irish comedy circuit for the past four years. Despite being only 22, he has already amassed a wealth of experience and, in the words of Hot Press magazine, “was literally born to do it.” He is a regular performer in Dublin’s top comedy venues, such as the Laughter Lounge and the Comedy Crunch. He also recently became a resident MC of the International Comedy Club, a comedy institution which attracts some of the biggest acts from all over the world.

He hopes that his stage experience will serve him well as he ventures into the world of voice overs.