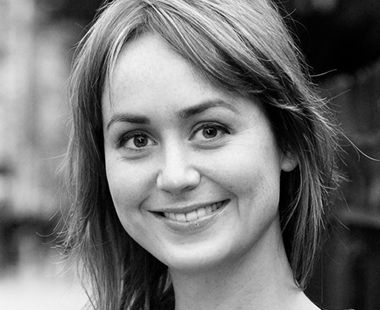 Esther is the Swiss Army Knife of voiceovers. She is an experienced voice-over artist with an ear for accents, great comic timing and warm, straight reads.

Esther has been featured on campaigns for Sky TV, The National Lottery, McVities, Danone, Oxfam, McDonalds and 2FM to name but a few. She also narrated the audio book for Caroline O’Donoghue’s novel Scenes of a Graphic Nature, released in October 2020.

Esther was the host and creator of the very popular The 80% podcast and currently produces Lennon Courtney Left Alone with Brendan Courtney and Sonya Lennon, Am Seo podcast with Diarmuid Connolly and Poz Vibe Podcast with Veda Lady and Robbie Lawlor. She also broadcast for 12 years as an elite traffic and travel investigator, watching the roads on the Ian Dempsey Breakfast Show.

In addition, Esther is a regular contributor to the Louise McSharry Show on 2FM and the Brendan O’Connor Show on Radio 1.