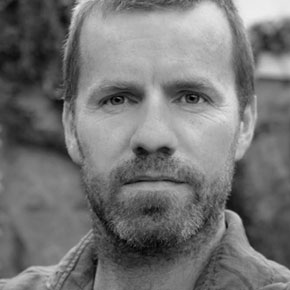 As assured a performer on stage as he is in front of the mic, with over 20 years experience as an Actor. whatever the medium, Mark’s rich and engaging tone and subtle vocal skill has seen him voice some well-known brands and corporate videos, including: Irish Life; Irish Examiner; GAA; Guinness; Tesco; BMW; Jameson Whiskey; Mitsubishi; Ulster Bank and an award winning Road Safety Authority commercial.

He has added a host of voices for both film and animation with production company Lux Vide including most recently ‘Jule Verne’s 80 Days around the World’ and Shakespeare’s ‘Romeo and Juliet.’ With an innate ability to capture the subtleties and nuances of a good read he has appeared regularly on RTE’s Book on One where he has voiced among others, Patrick Gale’s ‘A Place Called Winter’ and Juan Gabriel Vasquez ‘The sound of Things Falling’.

On top of all that, and by his own admission, he loves a challenge and can take any ‘curve ball’ and throw it right back at you with interest!