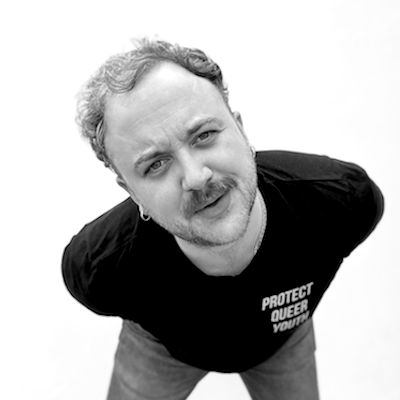 Shane Daniel Byrne is a writer, actor, MC and award winning stand-up comedian. After a decade working as an actor and theatre maker he tried his hand at stand-up and hasn’t looked back since. He has performed at clubs all over Dublin as well as major festivals including Vodafone Comedy Festival, The Cat Laughs and Love Sensation. At Cat Laughs 2019 he was named ‘The Rockies Champion’. In the same year he took second place in the prestigious and world famous ‘So You Think You’re Funny’ competition at The Gilded Balloon at Edinburgh Fringe Festival. He has gained a following of nearly 30,000 people on Instagram with his sketches being viewed over a million times in 2020 alone. He has appeared on RTÉ & Virgin Media TV.